Black Friday originated from the history of Black Friday across time and around the world. From its meaning to today's shopping event, you will know everything about the origins of Black Friday in Switzerland.

What is Black Friday?

Coming from the USA, Black Friday is a global promotion campaign which takes place every year in November. Black Friday a day of monster sales. Brands and brands are launching purchases for the Christmas period by offering incredible discounts which give rise to sometimes impressive crowds.

What is the origin of the name Black Friday?

The first mention of Black Friday dates back to Friday September 24, 1869.

This date corresponds to a collapse of the gold market on the New York Stock Exchange Also known as the “Fisk & Gould scandal”, named after the two partners who set up a scam to grab the market. gold.

But this first mention of "Black Friday" has nothing to do with the business operation we know today. 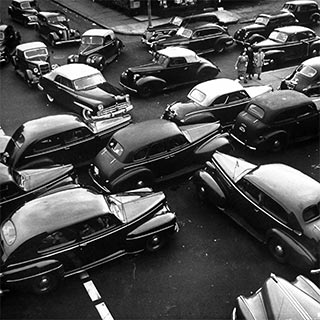 We have seen many rumors about the origin of Black Friday, the first - and the most absurd - of the day chosen by the owners to sell their slaves. This is completely false, the term Black Friday appeared well after the end of slavery!
Black Friday Philadelphia Street

As early as 1961, the term "Black Friday" (and "Black Saturday" too) was commonly used by the Philadelphia police in the face of the chaos caused by all the traffic of hordes of buyers in the city center for the next two days. Thanksgiving. It was the day Santa Claus took his chair in department stores and every kid in town wanted to see him. It was also the first day of the Christmas shopping season. For traders across the country, the biggest shopping days are normally the two days after Thanksgiving. The resulting traffic congestion is a problem for the police, and in Philadelphia it has become common to call the days after Thanksgiving Black Friday and Black Saturday.

Finally, a last, more fanciful hypothesis appeared in the 1980s. It explains to us that it is a day when retailers make profits. Thus, in the account books, the writing went from red (color of deficits) to black (color of profits). A few years later, brands took it over to offer unbeatable discounts for a day.

The other meanings of the name Black Friday

Black Friday in the USA

Because it follows Thanksgiving, a popular holiday for Americans, this day has become a real event in the country of Uncle Sam.
Customers, fond of bargains, go so far as to wait outside the stores hours before the doors open. Thus was born the phenomenon of "Doorbusters".
For many employees, Black Friday often represents a day off because it bridges the Thanksgiving holiday Thursday and the weekend.
In 2018, the U.S. market had more than $ 6 billion in online sales alone during Black Friday.
This day is often an opportunity to invest in electronics, furniture and large household appliances, but also in fashion.

For Switzerland, the first Black Friday offers were launched in 2007.

In 2015 Manor became the first major retailer to participate in the shopping event. The brand made sales three times higher than a normal Friday. In 2016, many department stores followed suit with dedicated discount campaigns. However, customer demand was so great that some sites like Melectronics, Media Markt or Microspot remained unavailable for several hours. In 2018, Black Friday sales exceeded 440 million francs.

Today, more than 200 brands and brands are participating in the event across the confederation. Geneva, Lausanne, Bern, Zurich ... no city is exempt from the rule. Whether online or at a point of sale, there are many offers to the delight of consumers.

What is the date of Black Friday?

Each year Black Friday takes place on the Friday following Thanksgiving, the 4th Friday of the month.

This year, Black Friday 2020 will take place on Friday, November 27.